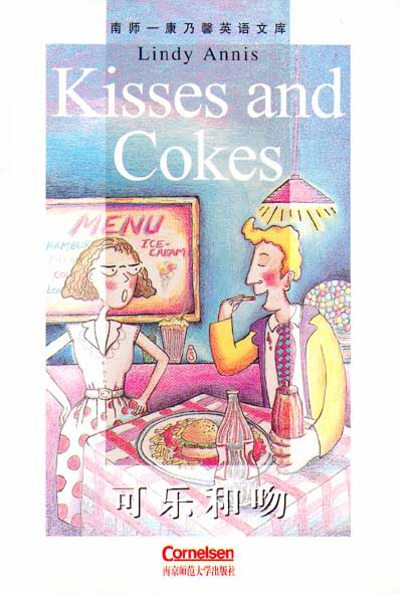 Kisses and Cokes (Teenagers in Trouble)

A comedy play for students of the English language
recommended for grades 6-8
Text: Lindy Annis
Duration: 60 minutes
Published by Cornelsen Verlag: Kisses and Cokes,
Bestellnr.: 68102 (level 1)
America, 1957: Biggy and her parents have just moved from Berlin, Germany to Centerville, Texas. It’s both exciting and scary. She meets Dave on her first day at her new school. Dave likes rock and roll music, coke-a-cola and Biggy. Dave wants to ask Biggy out on a date to his favourite hamburger shop, but he doesn’t have enough money to pay for their dinner, and besides, he’s never kissed a girl before. Dave’s friend Tom helps him perfect his kiss, and he has an idea how to get the money, too – by breaking into the coke machine at school. Unfortunately, things don’t go exactly as planned and Biggy wonders if all American boys are so … strange.

Still being presented in Berlin by:
Platypus Theater
Performed approx. 500 times in Germany and Italy
A Platypus Production 1992

Now also available in the People´s Republic of China!

Comments on Kisses and cokes:

„On Tuesday, May 30th 2000 at 19:00, in the Culture hall of the Gangkofen High school, there will be an „American Evening“. Highpoint of the event will be the English theatre play Kisses and Cokes by Lindy Annis, which some of the students of class 8a will perform, under the direction of the English teacher P. Wirth. The idea for this kind of project came about in the elective class of English conversation, Tuesdays and Thursdays during recess. The students, who are normally somewhat reluctant to speak English, became enthusiastically involved when it was decided to memorize and present short sketches and scenes. The students often found new variations and jokes to the original texts. Language barriers were playfully broken down and the students were hardly aware how much they could suddenly say in English, and how much they wanted to say!

The students came up with the idea of performing the sketches in front of an audience. While we were searching for more interesting sketches, we stumbled upon the play Kisses and Cokes by Lindy Annis, which was read in the class and found great approval. The students then had the idea to present Kisses and Cokes as an English theatre piece. Happily, the 20 students of class 8a and their teacher P. Wirth went to work.

Each of the nine roles was more or less quickly filled with enthusiastic volunteers in double casting. In March the class worked on intensive practice of their reading aloud. During a break the idea was born to broaden the theatre performance to an entire American evening with American music, American snacks and drinks, a short lecture on America, (geography, presidents, inventions, holidays, traditions, etc…) and ending with an American Circle Dance. To complete their research, they spoke with the American exchange student from Seattle, Andrew Hasz, who is spending a year at the Karl-von-Closen high school.

During Easter vacation the students learned their roles or hatched new ideas for the AMERICAN EVENING. In the last two weeks before the premier, class 8a looks forward with confidence to May 30th, even if a bit of stage fright is also in the air…“

Comments by Students about a Platypus performance of Kisses and Cokes:

Christoph-Ruden-Grundschule, Berlin: „It was the first time I watched and listened to an English play. And I“m proud – I understood most of the words and the whole action.“ (Dennis)

Rübezahl Grundschule, 6d, Berlin: „We liked the scene at the coke machine with the heavy metal bar. The scene with the hamburger shop was very funny.“ (Corena und Björn)

Klasse 6c, 14. Schule Treptow Berlin: All pupils of our class liked that performance. And we were happy. … The best of the performance was the kiss.“

DAVE sits at a table in Joe’s hamburger Shop
BIGGY enters
DAVE: Hey Biggy!
BIGGY: Hi.
DAVE: Welcome to Joe’s Hamburger Shop. How do you like it?
BIGGY: Uh, it’s very nice.
DAVE: Right. We like it, too. It’s a great place. What do you want?
BIGGY: Oh, I don’t know.
DAVE: Do you want a milkshake? A coke, a milkshake, an orange soda or a milkshake?
BIGGY: I’ll have a coke.
DAVE: A coke? You want a coke? Don’t you want a milkshake?
BIGGY: No, I want a coke, I think.
DAVE: Come on, Biggy. A milkshake is much better than a coke. Have a milkshake.
BIGGY: Well, okay. I’ll have a milkshake.
DAVE: Good choice. What flavour?
BIGGY: Flavour?
DAVE: Chocolate, vanilla, strawberry, banana, tutti-frutti or peanut butter crunch?
BIGGY: Uh, chocolate.
DAVE: Good choice. And how about a hamburger?
BIGGY: Oh I don’t know…
DAVE: Go on, have a hamburger. They’re the best in town.
BIGGY: Okay, I’ll have a chocolate milkshake and a hamburger.
DAVE: And French fried potatoes.
BIGGY: And French fries? But I’m not really very hungry.
DAVE: Biggy, you can’t have the milkshake, and the hamburger and not have the French fries.
BIGGY: All right, I’ll have a milkshake, a hamburger and the French fries.
DAVE: Good choice.
BIGGY: And what are you having?
DAVE: I’ll just have a coke. 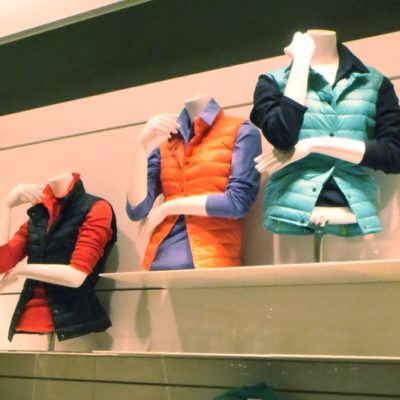