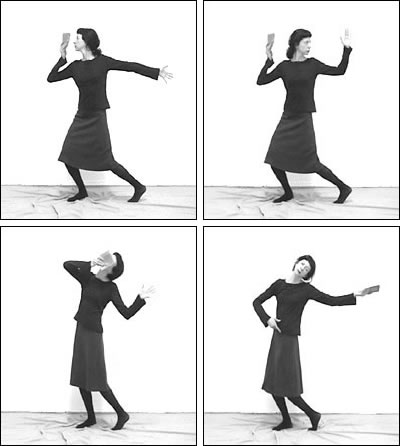 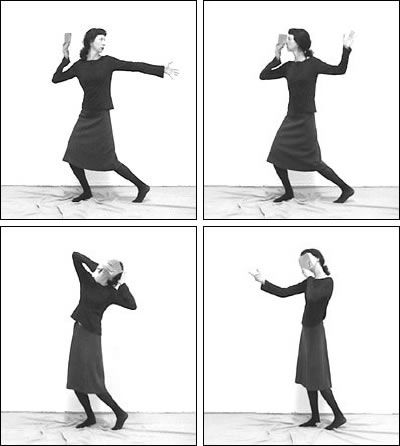 Shorts: the encyclopedia of tragic attitudes

Five short performances studying the trail of tragedy – from its roots in the classical Greek theatre, through the cornerstones of American and Russian tragic drama, to the short comings on the personal résumé.

SHORTS follows in a long line of works in compact form. Since her arrival in Berlin, (west) in 1985, Annis has produced over 50 pieces: mostly solos, all in simplest English, and few longer than a Tom and Jerry cartoon.

„A rare highpoint of the festival was the work of Lindy Annis. Here, the quote was exhibited as productive citation – as something that tantalizes, utilizes and irritates. In „SHORTS“, Annis presented a series of short solo-performances, which are only loosely associated with each other. The first episode illuminates the antique meaning of gestures and body postures. A small „Encyclopedia of Tragic Attitude“ is read by Annis and demonstrated by the guest-performer Xavier Le Roy, replete with both wit and iconographic accuracy. During this piece, the performer develops a catalogue of emotions, moods and the fitting body positions which choreographically and conceptually create a red line through the evening, also pulling it into deeper realms. She borrows scenes from „Death of a salesmen“, „A Cherry Orchard“ and Goethe’s „Auerbach’s Cellar“ (Faust) and illustrates these with the previously demonstrated body gestures. Later, knees, the palms of hands and fingers are given a narratative function – performing minimalist intimate biographical scenes. Especially impressive was Annis’ acting. Her fascinating voice seldom changed its tone and her face showed mostly the same expression. Precisely through that constructed space of distance, there formed a bubbling emotional and intellectual intensity for the audience.“

„Where are the remains of subculture? Lindy Annis provides the most plausible answer. The New York performance artist, based in Berlin since 1985, demonstrates with the performance „Shorts“ that great theatre needs nothing more than attitude. Lindy Annis“ attitude of choice is an emotionless tidiness: the voice remains calm and constant, the face expressionless. The performer becomes her own projection screen where each word and gesture leaves a foot print. Thus she performs five exceptionally delightful short pieces on a tiny stage. With the support of the French artist Xavier Le Roy, Annis portrays a (gently ironic) „Encyclopedia of Tragic Attitudes, Volume 1“ and with this vocabulary, she then presents by Arthur Miller“s „Death of a Salesman“. She crosses Chekhov“s melancholic stillness with the propaganda gestures of a mighty Soviet power, and in „Auerbach“s Celllar“ she develops a lament between sadness and the absurd word-plays of Gertrude Stein. But the highlight of this minimalist theatre is „Lazy Legs“ where Annis relates biographical snippets whose respective characters are portrayed by just her two fingers walking over the table-top like torso-less legs.“

The wonderful Lindy Annis shows „SHORTS, five melancholic to tragic works“ – In barely an hour the Antique and Auerbach’s Keller, Arthur Miller’s „Death of a salesman“ and Chekhov’s Cherry Orchard“, along with half a dozen biographies including that of the artist, are creatively transformed into minimalist solos – from an „Encyclopedia of Tragic Attitudes“ to the condensed version of „the Cherry Orchard“. 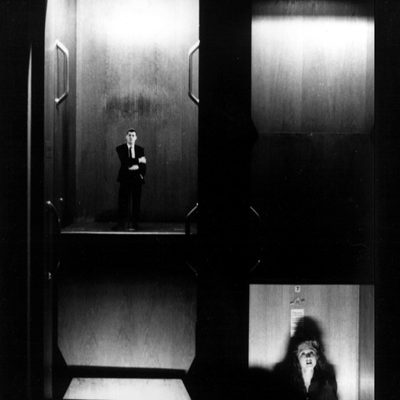 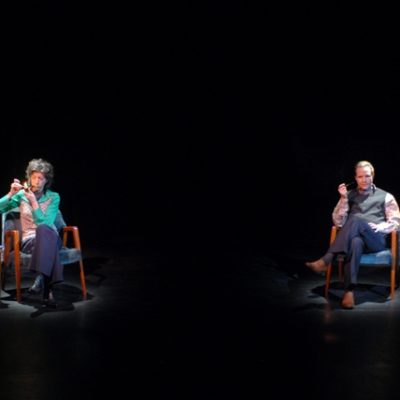